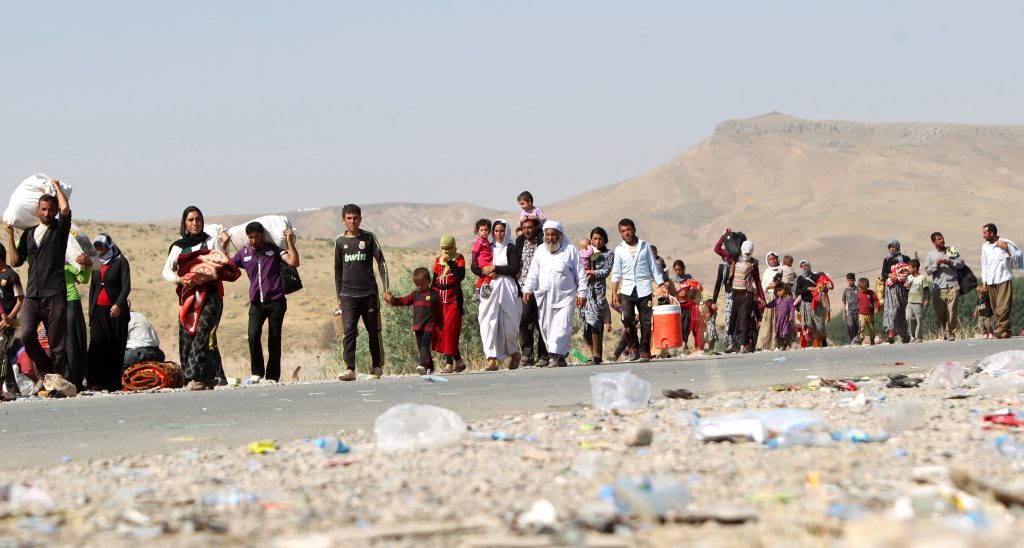 Displaced Iraqi families from the Yazidi community cross the Iraqi-Syrian border at the Fishkhabur crossing, in northern Iraq, on August 13, 2014. At least 20,000 civilians, most of whom are from the Yazidi community, who had been besieged by jihadists on a mountain in northern Iraq have safely escaped to Syria and been escorted by Kurdish forces back into Iraq, officials said. The breakthrough coincided with US air raids on Islamic State fighters in the Sinjar area of northwestern Iraq on August 9, and Kurdish forces from Iraq, Syria and Turkey working together to break the siege of Mount Sinjar and rescue the displaced AFP PHOTO/AHMAD AL-RUBAYE